1954 Stiles, Lela. The Man Behind Roosevelt.

You are not signed in. Login

*Estimated Shipping includes $5.00 minimum shipping charge. When you win more than one item, this fee is only charged once. Estimated Shipping does not include insurance, which is 1% of your total order. Estimated Shipping is discounted for multiple lots when the lots are the same size. These estimates are for shipping in the New York Tri-State area, additional charges apply based on distance and other countries.

To students of FDR and American history of the 1930s, Louis Howe is a very important figure. FDRŐs alter-ego in some respects - Howe was somewhat akin to FDRŐs James Carville as was a cigar smoking, somewhat socially awkward who was the architect of all of his political campaigns and was also an important advisor. It is well known, for example, that Eleanor detested Howe. This First Edition Presentation copy was given to Eleanor Roosevelt by the author and inscribed on the front free endpaper as follows: ŇAll good wishes Lela Stiles April 27, 1954.Ó The book has the original dust jack which retains bright original coloring but has some minor chipping, mostly by the extreme top and bottom edges. The binding itself is tight and the book may never have been read as the book itself is in simply immaculate condition. Published in Cleveland by World Publishing Company in 1954. 8vo. 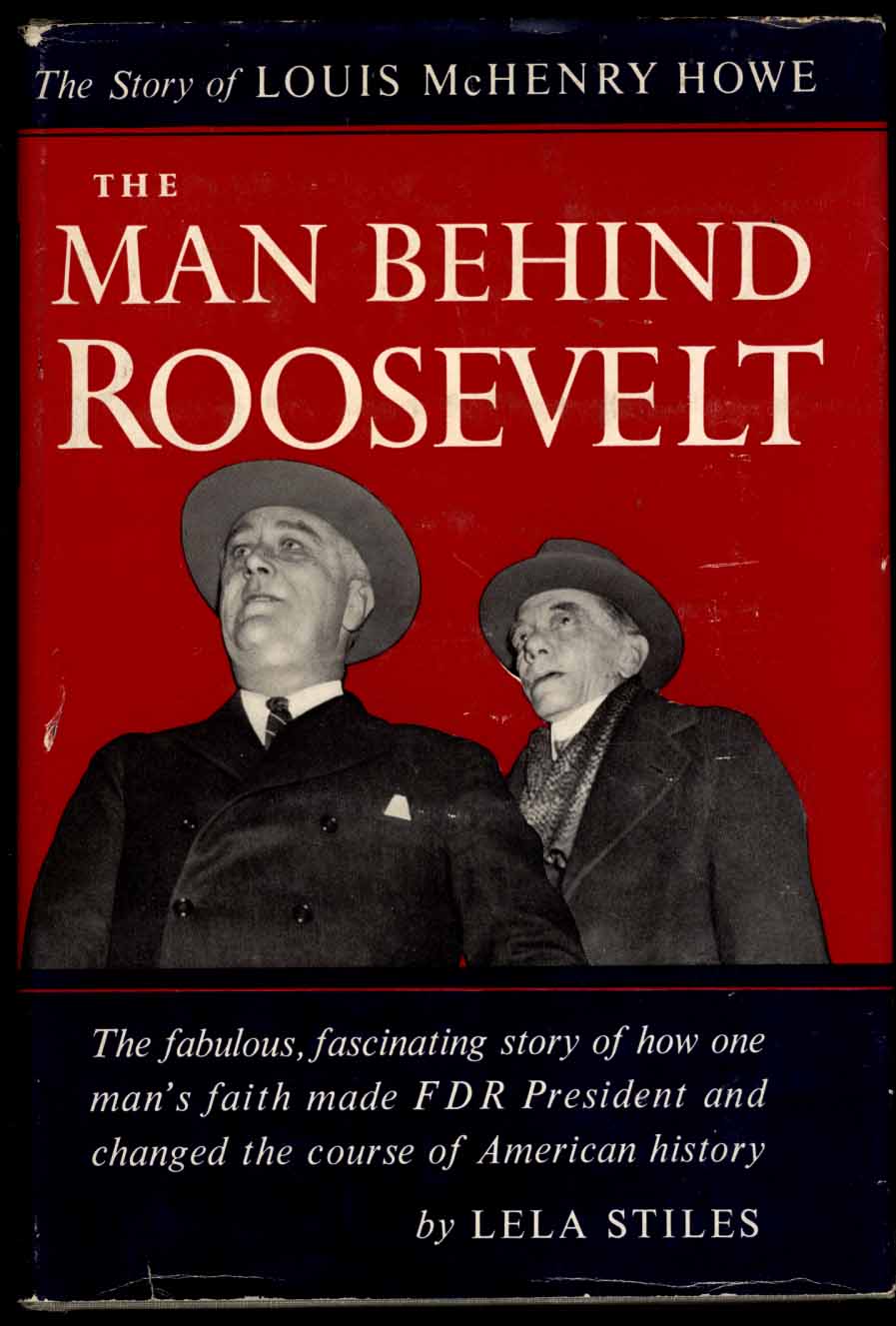